skip to main | skip to sidebar

What would Marie Antoinette do…

With her interior design if she were living today? 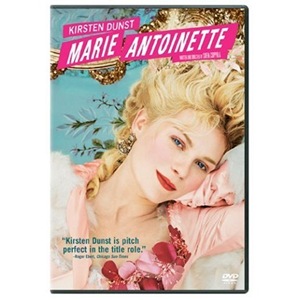 I watched Sofia Coppola’s Marie Antoinette this weekend, based off of Antonia Fraser’s biography Marie Antoinette: The Journey.  Besides making me want a flute of champagne and a petit four, I was entranced by the film.   The setting at Versaille, the costumes by Milena Canonero, the actors, and the artistry that Sofia brings was magical.  This was definitely not your typical period drama, which is immediately obvious as  punk rock plays to the opening credits.

Even having been to Versailles in person one cannot quite take it all in… seeing it in the film I was again awed with all the detail, carving, gilding and opulence of the sprawling chateau and it’s manicured-t0-a-“T grounds.  While a bit fancier than my personal style, it is unbelievable and amazing none the less.  I started to think about which designer the always in vogue, party loving and controversially independent Marie Antoinette would select to design her interiors if she were living today… 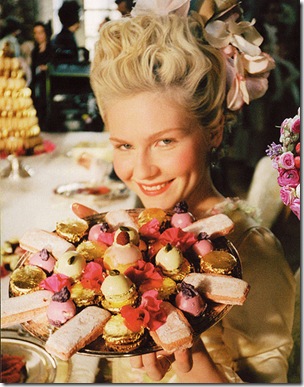 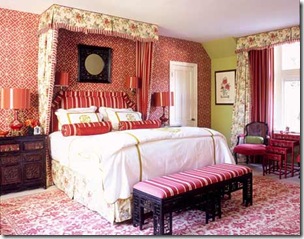 Would the vibrant Queen adore the candy colored style of another fashionista, designer Mary McDonald? 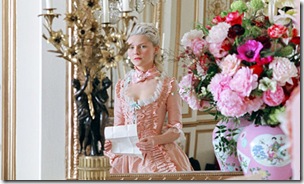 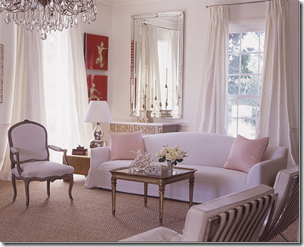 Would she pick the designing southern belle Gerrie Bremermann, who can make a room sparkle in the most elegant of ways?  No doubt M.A. would love to spend an afternoon shopping in Ms. Bremermann’s New Orleans shop… 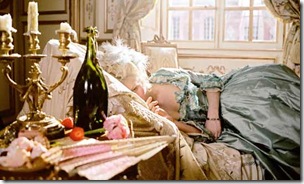 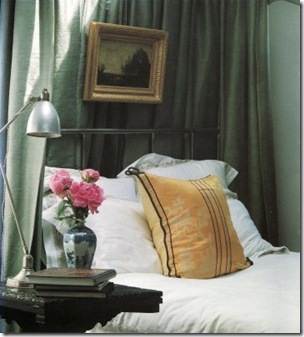 Perhaps she’ stay away from frills and head towards a more handsome look by Michael S. Smith? 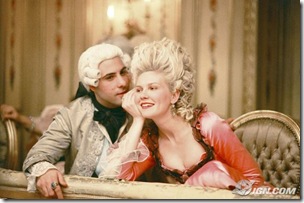 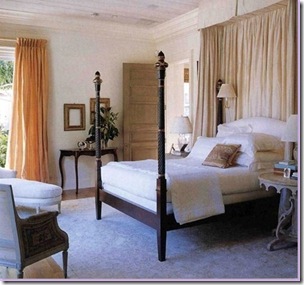 Would she go for light and airy with Lars Bolander, whose full taffeta draperies can cause a heart to flutter? 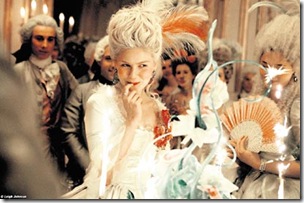 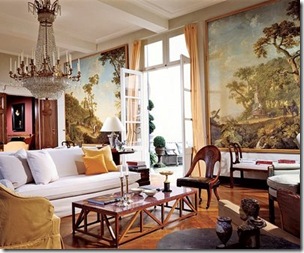 Would she mix high class pedigree with an industrial edge and choose Axel Vervoordt? 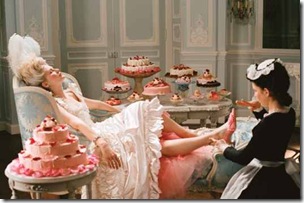 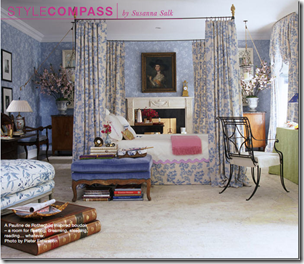 Would Charlotte Moss’s ability to mix the luxuries of Versaille with a modern sensibility win Marie Antoinette over? 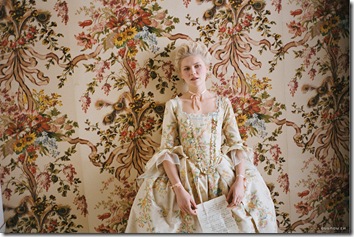 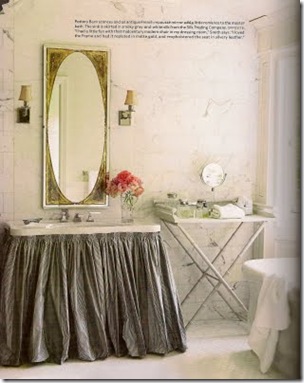 Would she opt for classy and glamorous with Windsor Smith? 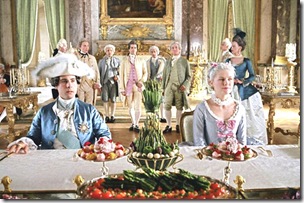 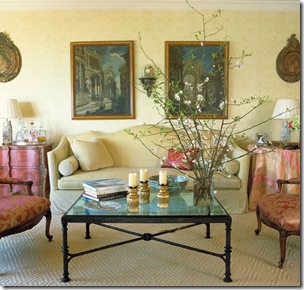 Perhaps M.A. would like to tailor things up without losing an ounce of detail, and choose Alessandra Branca… 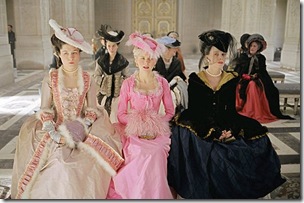 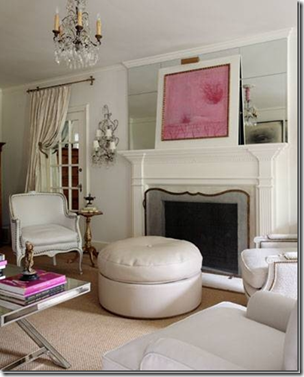 I’m sure Suellen Gregory’s feminine and clean rooms would appeal to her…. 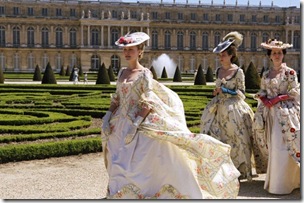 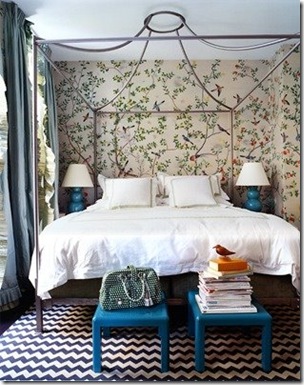 Though maybe she would have changed more with the times than we give her credit for, and love the boldness of Miles Redd? 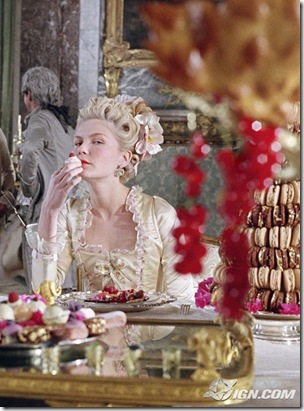 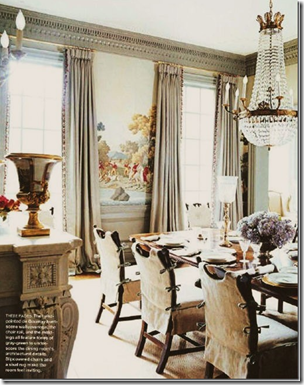 Would the dressmaker details of Suzanne Kasler's interiors be a perfect match for the couture minded M.A.? 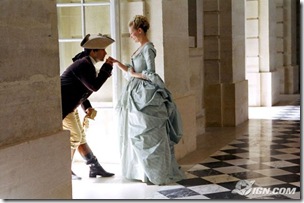 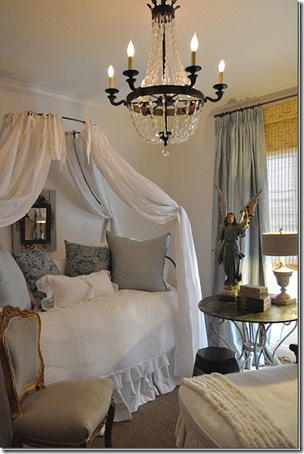 Would Joni Webb’s seagrass, linen and silk confection make M.A. feel she was a girl after her own heart? 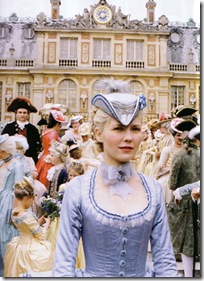 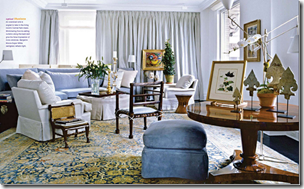 Could she resist the sumptuous fabric, furnishing,s and treasures from around the globe of a Vicente Wolf interior?

As you can tell, this movie left me with much more to ponder than just eating cake!

Love this post - it makes me want to watch the movie again!

I loved all of your images - maybe it the French style that seems to influence most of the rooms, so appropriate for a post on Marie A.!

Love, Love, Love this post! Beautiful comparisons and possibilities! This is one of my favorite movies of all time!

Thanks for the shout out!
I only can dream tha M.A. would like my Lizzy's room! haha!!!
thanks again,
Joni

Loved the movie. And keep running into the pic with her lounging in the chair with pastries around her & a maid.

Loved more how you wove the pics into an inspiration board post.

alice
Hello! I hope the musings on this blog bring you joy and inspiration. Thanks for stopping by and please leave a comment, I'd love to hear from you!